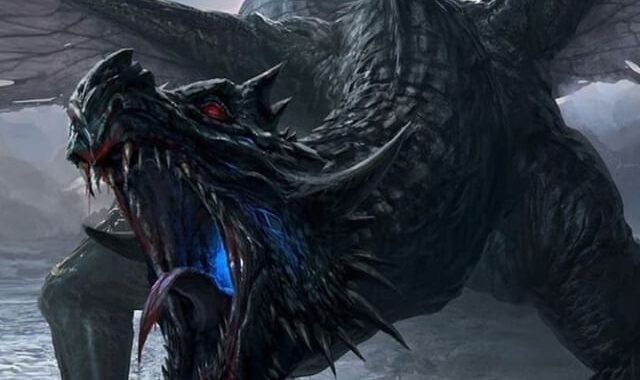 Throughout history, dragons have been depicted as the antagonists of fairy tales. They can be used to represent greed, evil, seduction, and even satan himself. In the Faerie Queen the dragon is made to be an evil blood thirsty villain, who stands between the knight (Redcrosse) and his pure and holy love with the beautiful Una. In the book of Genesis, it is a serpent who tempts Adam and Eve. Dragons are very similar and are also used to represent temptation and greed, as well as acts of heresy. The dragon’s mouth is compared with the mouth of hell, and the fire it breathes represents hell fire. In the realm of witch craft, dragons are actually seen as guardians; and small dragon statues are kept for good luck and protection. These small idols represent the power a dragon has, and they are very precious to some people. The blue and purple dragon statue seen in the photo above is a good luck charm I like to have, so I took a few pictures of it for this project.

Words like hideous and terror are used to infer the general horrifying nature of these creatures. The European and Christian view of dragons was devilish and evil, and dragons were placed in literature to represent all that satan is. There are warnings of greed, lust, seduction, and malevolence in every mention of these creatures. The knight Redcrosse is made out to represent all that is holy and just, Una is pure and represents purity of love. The dragon nearly tears them apart when it burns Redcrosse through his armor, yet Una saves the day and nurses the knight back to fighting strength.

Most every dragon in European literature breathes fire, just like the fiery pits of hell where satan resides. The pain Redcrosse endures from the burns could be compared to the eternal suffering of those that are banished to hell for eternity. The dragons mouth was also described as the mouth of hell. This seems t be an indirect warning against temptation and falling victim to the evil that the devil represents. If you get too close to the devil…he will burn you.

Redcrosse was faced with the horror of his possible future when he stares into the mouth of a ferocious dragon, dripping with blood and mangled corpses. The dragons teeth serve as a gruesome graveyard of the who lost their souls to the grip of evil, representing the eternal damnation of those who stray from the word of Christianity.

In the universe of Avatar, dragons are depicted as strong and powerful beings who have helped man learn to fire bend for centuries. They are highly respected and are seen as anything but evil. In one of the final episodes the Avatar and a prince of the fire nation travel to seek guidance from these mystical beings. The dragons grant the two immense knowledge and wisdom which allows them to save the world. This is a more eastern take on dragons, and they are worshipped rather than slayn.

The Chinese dragon is depicted completely different from the evil fire breathing dragons of western literature; it is actually a symbol for power courage and luck. The dragon is also seen as a symbol of royalty, and the robes worn by the emperor were often referred to as the dragon robe. Emperors in ancient China were thought to be the ins of dragons, and peasants were banned from wearing anything that symbolized a dragon. The dragon is also an important symbol during the Chinese new year which represents wisdom, luck, and a long and happy life.

In some ancient legends, dragons are said to be the ancestors of Chinese civilization. There is a particular story that stood out to me and it is about the legendary tribal leader, Yandi. According to legend, he was born from his mothers telepathy with a powerful dragon. To this day the Chinese consider themselves descendants of Yandi and the great and mighty dragons. They are even celebrated at annual festivals such as the Chinese New Year with the dragon dance; A special performance using a large dragon puppet held by multiple dancers.

I chose to base my second project on the meaning and mystery of dragons in literature because of pure interest, also they are so prevalent in many of the stories we have read. It is intriguing to me that in some cultures, mostly western, dragons are depicted as evil, greedy, bloodthirsty monsters. These monsters threaten the lives of entire villages and are usually slain by brave knights such as Beowulf or Redcrosse. There are countless mentons of christianity, God, the tree of life, and purity in these western tales of valor. The constant presence of these mythical creatures in medieval literature led me to wonder whether or not other civilizations saw dragons in the same light. Dragons from western literature such as Faerie Queen or Beowulf represent satan and heresy, and in Eastern cultures they represent luck, royalty, and divinity. I chose to use photo stills along with quotes to create my second project, along with explanations of the deeper meanings of each quote. I wondered why the same type of storyline surrounded the dragon in every story we read. The maiden in distress that needs to be saved from a ravenous beast represents purity and faith, and the dragon represents evil, temptation, greed and everything the devil himself stands for. The photos of Chinese dragons are very different from those of fairy tale dragons. While the Chinese dragons are colorful and cheerful in appearance, the fairy tale dragons depicted in Western literature are ferocious and look more like monsters than divine creatures.

It was so interesting to learn about the Chinese dragon and their culture’s representation of the mythical creature. I initially thought of this comparison because of the presence of dragons in Avatar The Last Airbender and their completely opposite depiction of them. In this show dragons are viewed as ancient guardians of all that is good, as well as the protectors of the balance of good and evil in the world. Dragons are honored and worshipped for their dedication to mankind, as they are in Chinese culture. The dragon represents luck and prosperity in Chinese culture, rather than greed and evil. These creatures are celebrated in so many different ways especially during the Chinese new year when the dragon dance is performed to bring good luck for the new year. They are even included in the Chinese zodiac, the next year of the dragon being 2024. The differing representations goes to show the power in literature and how it can teach us of different cultures.

Literature is so important because it can teach us things about certain cultures and civilizations that simple history lessons cannot. Even though history can be skewed and sprinkled with lies throughout time, literature stands as first hand accounts of moments in history. Reading the stories of medieval writers such as Faerie Queen and Beowulf, can teach us about important aspects of western culture that may remain hidden otherwise. Religion was one of the most important aspects of life at the time these stories were written, and this is exemplified through the epic tales of knights slaying dragons. Also the difference between western and eastern literature, and their depiction of dragons can show us how unaware each civilization was to each other; as well as give interesting insight into how separate each culture actually was at the time. This is why I chose to research the Chinese dragon, because of how opposite each civilization’s depiction of dragons was. It is interesting to me that there can be such opposing meanings for these creatures, and that they can be compared and contrasted by analyzing the literature from the time. This goes to show how different religion and folklore were between western and eastern civilizations.