Skip to content
Posted on April 29, 2021 by Caitlyn Ustaszewski 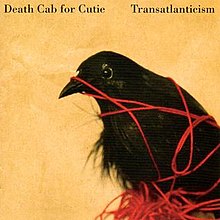 The similarities and differences between English literature and American literature is a continuous subject of debate; a very traditional idea that’s hard to move away from entirely. The evident distinction from American and British modernism is based on historical context, but the two subcategories also differ in style, grammar, and language. For instance, British writers tend to use classical, formal language, with an arguable richness to their vocabulary that imitates their conventional lifestyle Americans perceive as pompous. The language of an American writer is simultaneously simpler and more accessible; within the connotation of America, the association to modernity already exists. A common misunderstanding is that British works came “from the heart,” while American writers were impulsive and cynical (Walker). An author’s work reflects not only literary techniques, but their specific way of living. The common stereotype of modern American literature is its thematics based on politics, economics, and social issues by using satire, imagery, and abbreviated vocabulary in order to criticize. On the contrary, British literature of the same period mostly invokes romance, human values, ideals, and manners, and class differences are often discussed or referenced in a meaningful way rather than from a pessimistic (American) perspective of flaw and inferiority.

With that being said, the division creates the illusion of only two choices. The topic of literary categorization is more complex than defining night from day, good from bad, black from white, etc. Arguably, the separation of literature into American and British is both inefficient and ineffective as subcategories in the English Department for it creates the dilemma of outliers that challenge literary transatlanticism.

The term transatlanticism ironically originates from the band Death Cab For Cutie as their fourth album title. Their denotation of the term is the “state of being in a long-distance relationship with another person over the Atlantic Ocean, for example, with one participant living in the United States and the other living in the United Kingdom, along with the emotions that accompany such a state, such as the desire of physical intimacy, melancholy and hope.” The origination from music is ironic when applied to the Literary definition: as an aspect of the relationship between British and American culture explored by some writers in American literature and British literature. Both definitions of transatlanticism show the tension of the nineteenth-century when America was trying to define its own independent culture from Britain, and the British were attempting to maintain their global reputation through chivalrous literature.

I thought it valuable to include the lyrics from Death Cab For Cutie’s song for it can actually be applied to the argument that distance is based on perspective and the song goes as follows:

The Atlantic was born today, and I’ll tell you how

The clouds above opened up and let it out

I was standing on the surface of a perforated sphere

When the water filled every hole

Making islands, where no islands should go (oh no)

Most people were overjoyed they took to their boats

The rhythm of my footsteps crossing flatlands to your door

Have been silenced forevermore

It seems farther than ever before (oh no)

There is no doubt of the complications to try and sustain a long distance relationship and no difference is the effort to maintain definitive separation among authors either by location or literary period. The structure of categorization is fractured with the involvement of cross-national poets such as T.S. Eliot and Gerard Manley Hopkins. The inclusion of said outliers forces us to question the liability of an author’s location and the time period either biographically or literally published. Hopkins sonnet Carrion Comfort, validates the dissociation of writers whose works became published and famous posthumously for it was physically written in 1885 and published in 1918. The time gap is what puts the Victorian/Modernist divide into action for Hopkins utilized techniques from both eras. His life experiences impacted the tone of his work and ‘Carrion Comfort’ was written during a time of personal depression, and incorporates both British and American thematic techniques; using American criticism for the British theme of meaningful human value, melded with modern expressionism and a dark twist to Victorian romanticism-

Victorian writers were realists while Modernists embraced symbolism, impressionism, expressionism, and focused on the future. While Hopkins is historically and chronologically Victorian, “Hopkins has been designated as a modern poet because he broke the existing Victorian mould of poetic expression and used his poetic craft to express his ideas and emotions in a radical manner. In terms of themes, language, rhythm, metre, imagery, Hopkins adopted techniques, which were beyond his time’s [sic]” (Sheikh 20). Hopkins reimagines language using it to mimic and subjectify reality. Much like transatlanticism and the challenge of generalizing an author’s geographic location, the divide between the Victorian era and Modernist literature becomes parallel to the trouble of literary categorization.

Despite being born in America, T.S. Elliot fits with the British side of this debate: and with that, an interchangeability now exists for he had lived in America and moved to England in 1914 to subsequently keep writing and settle down in marriage. Even though he was raised in a New England family and spent his childhood in Missouri and college years at Harvard, when he received his British citizenship in 1927, he immediately became noted as a British writer, even being anthologized in the Norton Anthology of British Literature. Eliot exercised a strong influence on Anglo-American culture from the 1920s until late in the century though while living in England during both World Wars, a lot of his work showed the darkness that England had faced or as in his ‘The Boston Evening Transcript’, a satirical British mocking of Bostonians from a renounced American. This nine-line poem was estimated to be written during 1914 shortly after the outbreak of WWI, and when T.S Eliot just moved to England from a year in Paris:

His experiments in diction, style, and versification revitalized English poetry, and even in his Four Quartets, he shattered old orthodoxies and erected new ones. Eliot advised fellow writers such as Ezra Pound, that the key was to elevate ordinary everyday details to a higher pitch – to bring out the transcendental qualities of modern life.   In Eliot’s  ‘Tradition and the Individual Talent’, an essay Eliot produced soon after, he “defends the concept of ‘tradition’ in art, believing the greatest works are infused with an appreciation of the past. . . regarding tradition in literature as not merely being a repetition of past works, but as a knowledge and incorporation of them within the present” (Wright). Much like Hopkins, there was a respect and acknowledgement for what literature and poetry had been but also saw the inevitable social and literary transition of embracing the present and future.

The similarities and differences between English literature and American literature is a continuous subject of debate; a very traditional idea that’s hard to move away from entirely but as it goes, traditions are inevitably broken or adapted to embrace a new chapter of Modernity with respect and inclusion of Victorian/British methods of realism and romanticism are no less important than symbolism and expressionism. Just as there may be black and white, there is an area of grey/gray meant to be highlighted for its indifference and fusion of literary devices utilized by cross-national authors such as Gerard Hopkins and T.S Eliot.